Georgia Power Lineman Donnie Lumpkin was featured on ABC World News Tonight with David Muir on May 10 as part of its America Strong segment, which highlights people with inspiring and motivational personal stories.

Donnie is a lineman in Athens, Georgia who lost his foot due to an accident which occurred off the job nearly two years ago. Donnie’s co-workers rallied around him to donate vacation time and support as he recovered and completed months of rehabilitation. Today, he’s back on the job keeping the lights on for Georgia Power customers.

Donnie’s story illustrates not just his perseverance and journey, but also the hard work of thousands of line personnel every day across the country. Donnie, all of our linemen and all of our employees aren’t just America Strong – they’re Georgia Power strong. 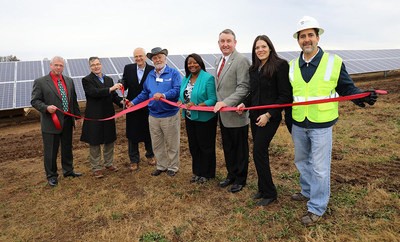