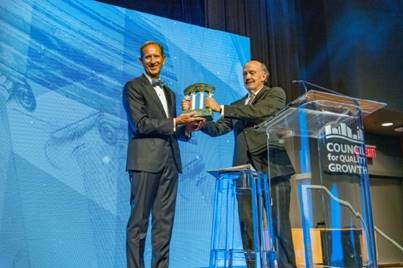 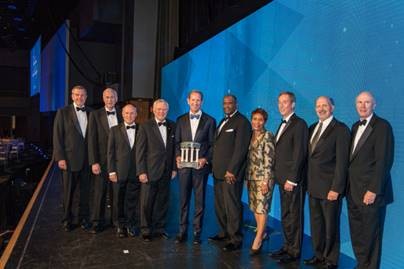 The Four Pillar Award is a prestigious leadership award given to an outstanding Georgian who has served his or her community, region and state. The honor celebrates the recipient’s philanthropic efforts, as well as significant contributions to economic development and the region’s quality of life. The pillars of the award represent the principles on which the Council was founded: Quality, Responsibility, Vision and Integrity.

“It is an honor to be given the Four Pillar Award, but this recognition is truly deserved by our great team at Georgia Power,” said Bowers. “Every year, our company, employees and retirees renew their commitment to building a better tomorrow for the communities we serve, and I am proud to be a part of that.”

As the Council’s 29th honoree, Bowers chose “Purpose” as the theme for this year’s ceremony, fitting to both Georgia Power’s and his own values.

A dynamic group of leaders delivered personal remarks on the four pillars of leadership and success that Bowers exemplifies: Juanita Baranco, co-owner of Baranco Automotive who serves on the board of Southern Company, former Home Depot CEO Frank Blake, CEO and Chairman of Chick-fil-A Dan Cathy, Governor Nathan Deal and Pastor Andy Stanley.