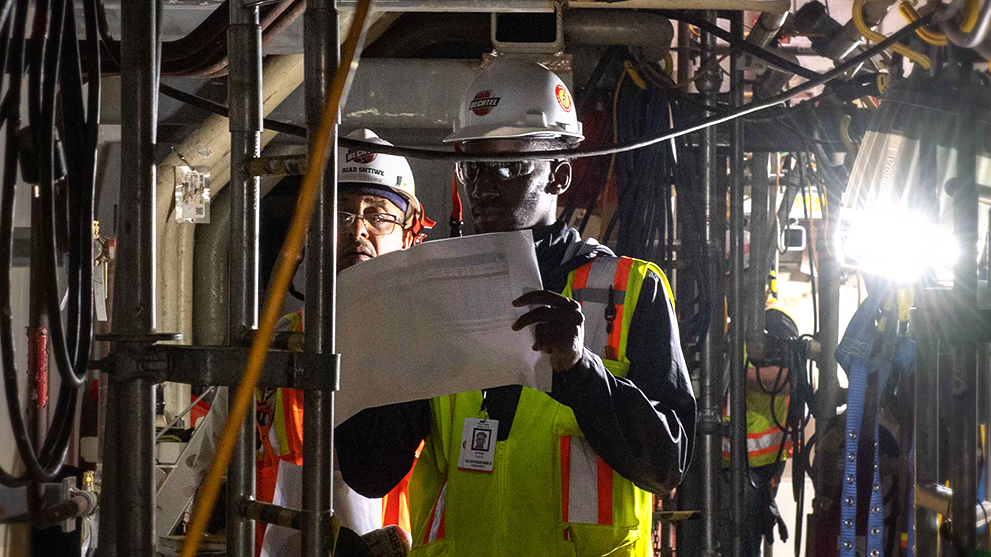 All modules for Georgia Power’s Vogtle 3 & 4 nuclear expansion project near Waynesboro, Georgia, have now been set as a massive water tank has been lifted into place atop the Unit 4 containment vessel and shield building roof. The placement also represents the last major crane lift at the project site.

The Passive Containment Cooling Water Storage Tank, known as CB-20, is a major part of the AP1000 reactor's advanced passive safety system. Standing 35 feet tall and weighing more than 720,000 pounds, the large component will hold approximately 750,000 gallons of water ready to flow down in the unlikely event of an emergency to help cool the reactor. The water can also be directed into the used fuel pool, while the tank itself can be refilled from water stored elsewhere on site.

The AP1000 plant's passive safety systems require no operator actions to mitigate potential emergency situations. These systems use only natural forces such as gravity, natural circulation and compressed gas to achieve their safety function. No pumps, fans, diesels, chillers or other active machinery are used, except for a few simple valves that automatically align and actuate the passive safety systems.

The modules used for Vogtle units 3 & 4 were made in advance of arriving to the project site and ready to be assembled into larger components that make up the nuclear units. Since 2011, major modules were delivered to the site by rail and truck and included a range of plant components such as floor and wall sections and supporting structures that surround the containment buildings and reactor vessels.

Significant milestones that have been recently achieved include:

The new Vogtle units are an essential part of Georgia Power's commitment to deliver safe, clean, reliable and affordable energy for customers and play a significant role in supporting Southern Company's goal of net-zero carbon emissions by 2050.

Once operating, the two new units at Plant Vogtle will be able to power more than 500,000 homes and businesses. A diverse fuel mix, including nuclear, is also essential to maintaining a reliable and affordable energy infrastructure that attracts new investment, supports economic growth and creates jobs.

With more than 7,000 workers on site, and more than 800 permanent jobs available once the units begin operating, Vogtle 3 & 4 is currently the largest jobs-producing construction project in the state of Georgia.

Follow the progress being made at the site of the nation’s first new nuclear units in more than 30 years through the Plant Vogtle 3 & 4 Online Photo Gallery and Georgia Power’s YouTube channel.