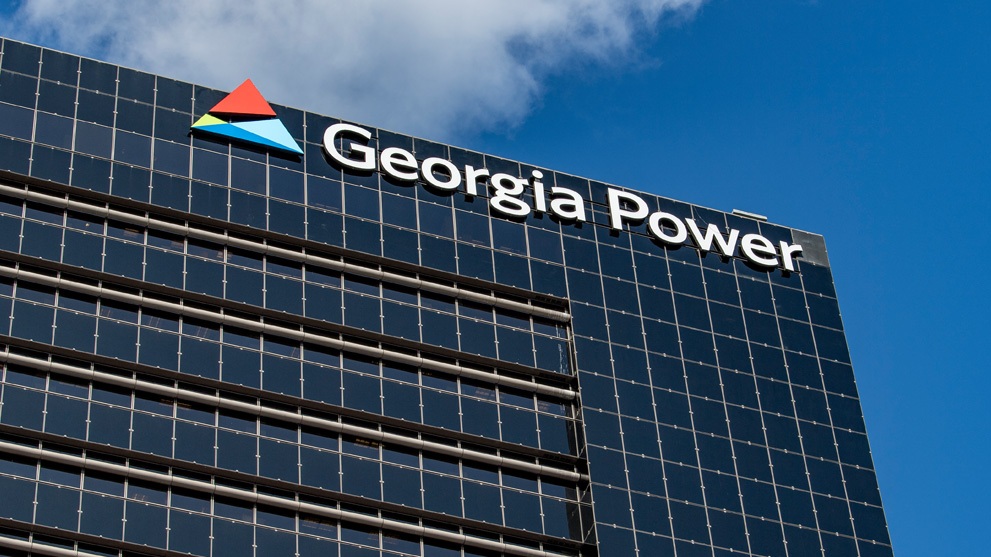 At Georgia Power, we understand the importance of strong leadership in both our company and the communities we serve. Our company leaders are stewards of the vision and planning that keep Georgia Power on the cutting edge—serving over 2.4 million customers every day with integrity and passion.

Our Chairman, President and CEO

Chris Womack, chairman, president and CEO of Georgia Power, currently leads the company in serving its 2.7 million customers across the state. Womack was recently named as the incoming president, chairman and CEO of Southern Company, where he will assume the role of president on March 31 and the roles of chairman and CEO later in the year. Georgia Power is the largest subsidiary of Southern Company, one of the nation's leading energy providers.

Prior to his current role, he served as executive vice president and president of external affairs for Southern Company.

Prior to joining Southern Company, Womack worked on Capitol Hill for the U.S. House of Representatives in Washington DC. He served as a legislative aide for former Congressman Leon E. Panetta and as staff director for the Subcommittee on Personnel and Police for the Committee on House Administration.

Womack is a member of the board of directors of Essential Utilities, Inc., Georgia Ports Authority and Invesco Ltd. He is past chair of the board of the East Lake Foundation and is on the national board of The First Tee. Womack has chaired the Atlanta Convention and Visitors Bureau board and the Atlanta Sports Council. He has received numerous honors, awards and recognitions.

For media requests, a photo of Chris Womack is available for download, and should be large enough for most print uses. If an uncompressed TIFF is needed, call a media representative at 404-506-7676 or 800-282-1696.

Our Management Council is responsible for creating and implementing the company's vision and plan. Learn more about our Council members here.

Our Board of Directors

A governance cornerstone at Georgia Power, the directors on our board are required to be independent members of the communities we serve.

For more information, download an overview of Southern Company's policies and practices for political spending.