In 2016, Georgia Power began purchasing energy sourced from 250 MW of Oklahoma-based Blue Canyon wind farms. The wind purchases from Blue Canyon are another demonstration of Georgia Power’s commitment to add renewable resources to its portfolio in a cost-effective manner that does not put upward pressure on rates, and will provide enough electricity to power more than 50,000 Georgia homes. 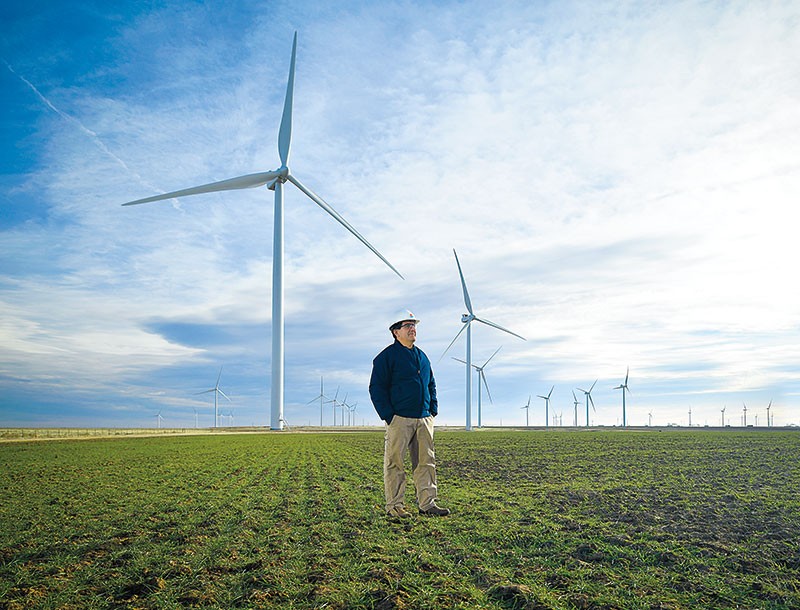 Small Scale Wind refers to turbines that are less than 10 kW. The Small Scale Wind Demonstration project is under development to research opportunities and challenges associated with small scale wind in Georgia. The Company is currently investigating locations in Georgia to install three small wind turbines. Through this demonstration project, the Company hopes to gain a better understanding of the feasibility of small scale wind generation in Georgia, and study the environmental impact of wind turbines including avian and noise analysis.

The Company is using LiDAR units (laser surveying tools) to measure wind speed and direction at 200 meter altitudes at four locations across Georgia over a two-year period. Georgia Power aims to study feasibility for economic viability and validate modeled wind data at higher altitudes in Georgia.

REC Disclaimer:
A Renewable Energy Certificate (REC), sometimes called a renewable energy credit, represents the renewable attributes of energy produced from a renewable energy facility. RECs are considered a commodity and can be sold or traded separately from the actual energy. Georgia Power purchases only the null energy output from the renewable generating facilities that have contracted to sell energy from their solar facilities through the Large Scale Solar (LSS) program and the initial (2013/2014) Advance Solar Initiative (ASI). The sole ownership of RECs belongs to each generating facility, as specifically stated in each respective power purchase agreement (PPA). The original intent of these programs was to grow renewable resources in Georgia, while allowing the generating facilities to retain the benefits of the RECs. Georgia Power does not report emission reductions from the null energy purchased through PPAs that do not bundle the RECs for sale to Georgia Power.