At Georgia Power, we are focused on helping you reduce your energy use and save on costs. That's why we launched the HER (Home Electric Review) pilot. The pilot will run for 12 months and provide complimentary reports to selected participants.

These reports will allow you to: 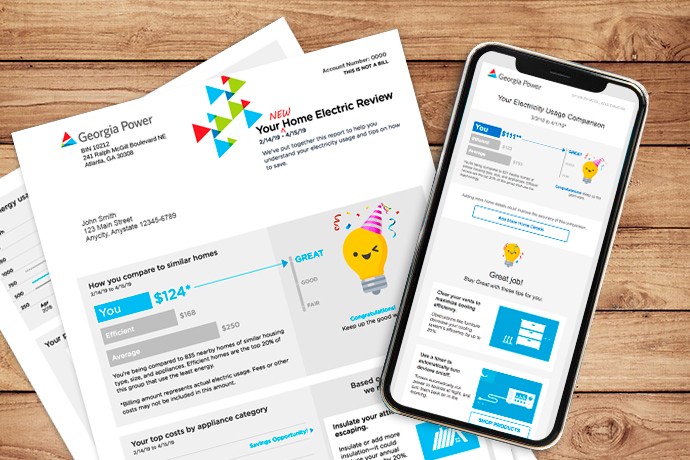 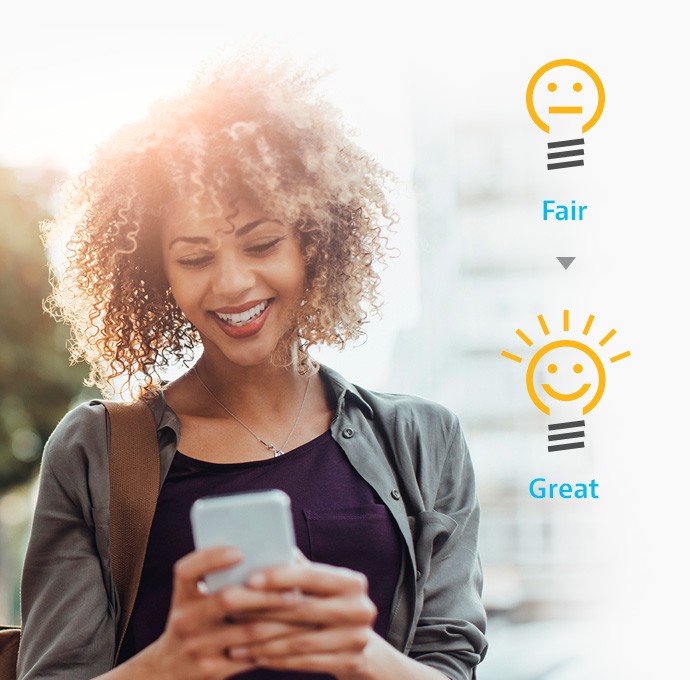 These reports better serve you in your efforts to increase your energy efficiency and cut energy costs. Each review provides detailed insights into your energy usage for the previous billing cycles, as well as how you compare to similar homes in your area. Based on your usage, we provide money-saving tips and recommendations that show you how much you could save annually.

In order for this pilot to be successful, we request your honest feedback regarding the program. You may also opt out of this program at any time. If you would prefer to not receive your complimentary home electric review, please call us at 1-877-749-2757 or eehomereviewpilot@southernco.com

How will the Home Energy Reviews help me? What insights will I receive?

Home Energy Reviews (HERs) provide personalized information to help you understand your electricity usage and costs, as well as how you can save on your energy bills. With these reports, you’re better equipped to manage your appliances and track your energy spending.

My Home Energy Review does not add up to the total bill I receive from the utility. Why is that?

Does the appliance breakdown use the total bill amount?

Why was I selected to participate in the pilot?

Georgia Power energy efficiency wants to help our customers save money and energy.  You are among a group of customer selected to pilot this initiative.  The reports are provided to better help you understand your usage and help you save money and energy.  If you do not wish to participate in the pilot, please contact us at 1-877-749-2757 or eehomereviewpilot@southernco.com to opt-out.

What is the appliance breakdown, and how does it work?

Your appliance breakdown takes your monthly energy bill and combines it with the information we have collected on appliance usage and ownership in your service territory. The result is a personalized snapshot of the appliances you used and can start to manage in order to save on your next energy bill. What’s more, we take factors such as local weather, home size and occupancy to further refine your appliance breakdown—but only if this information is available for your home.

How much detail does the appliance breakdown provide?

We break down your usage into appliance categories. You can track the usage of each category over the course of the year and see how they each change based on season, weather and your behavior. In the end, through a combination of your actual usage and location-specific information, we can compose a holistic picture of your total electricity consumption.

I don't have electric heat, but there is electricity usage allocated to the heating category. What is this for?

If you have central non-electric heat such as gas, propane or oil, the appliance breakdown for heating will include the electric portion (fan) of your space heating system.

What does the "other" category cover?

Other refers to appliances that are too small or too infrequently used to be categorized separately. This includes mobile phones, vacuum cleaners, fans, hair dryers or curling irons.

What does the laundry and cleaning category cover?

Laundry consists of any wet washing appliances, such as the dishwasher, washing machine and dryer.

What is the similar household comparison?

The similar household comparison is an insight that allows you to benchmark your electricity usage against homes in your residential area that are a similar size and have a comparable appliance profile.

Why are you comparing me to similar homes?

The homes we pick for comparison depend on location, as well as dwelling type. However, experience shows that this type of similar home comparison can help customers save electricity since it provides you with an idea of what you could potentially save.

Which homes are you comparing me to?

Our goal is to provide you with a comparison that is valid and meaningful. We do this by looking at other households in your area – homes that are geographically close to yours, based on postal code. We also look at homes that resemble yours by dwelling type, appliance profile and usage level. We can provide better insights and analytics if you update your home profile by contacting Georgia Power at 1-877-749-2757.

Why does my similar household comparison seem high or low?

The similar household comparison uses home addresses and property types to identify other homes that are suitable for comparison to yours. For around 80 percent of customers, this provides a sufficient representative comparison with which to benchmark personal electricity usage. As more customers provide detailed information about their homes, appliances and retrofits, we look forward to fine-tuning our comparisons even more.

Will homes I'm being compared to see my usage?

No, the similar household comparison does not reveal your specific electricity usage or other personal information to others.  Personal information collected and used for this service was done in accordance to the Energy Efficiency Home Electric Review Pilot Privary Policy.

What is always on?

"Always on" is the term for the devices in your home that are consuming electricity whether you are using them or not. You may have also heard of it referred to as vampire loads, phantom loads or base loads. Always on includes devices such as personal computers, monitors, printers, gaming consoles, phone chargers, stereos, televisions and cable boxes.

Is it normal for my always on usage to be really high?

That's possible depending on your home and energy usage. Always on usage can represent 15 to 50 percent of a home’s monthly electricity use.

What is the difference between my electronics usage under the entertainment category and the always on category?

Which electronics and appliances should I power off to reduce always on power?

Appliances and electronics left plugged in, even when turned off, still draw power. It’s called always on power. Some major culprits of this include desktop computers, printers, TVs, cable/satellite boxes, game consoles, DVD players and stereos. Even rechargeable devices such as your smartphone or tablet continue to draw power when fully charged but left plugged in. Here are some ways to reduce always on power:

Use a power strip with a timer

Use a power strip with auto-shut-off feature

How were these recommendations selected, and are they specific to me?