Lake Jackson is located at the confluence of the South, Yellow and Alcovy Rivers and waters leaving the powerhouse and dam are discharged directly into the Ocmulgee River.  The dam and powerhouse are located in Jasper and Butts counties.  Lake Jackson is located in Newton, Henry, Jasper and Butts counties and covers 4,750 acres and has 135 miles of shoreline. 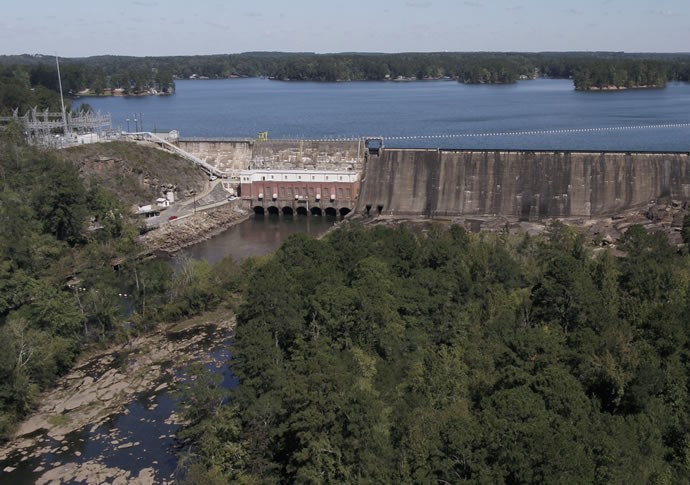 The upper level of the Lloyd Shoals powerhouse was destroyed by a transformer explosion and fire.  In the same year the powerhouse was rebuilt and auxiliary equipment was modernized.

A oxygenating labyrinth weir was constructed in the tailrace to increase dissolved oxygen in plant discharges.

A near-record flood of 68,500 cubic feet per second occurred on the Ocmulgee River.  The maximum water surface elevation in Lake Jackson reached 534.4 feet at the dam.

Draft tube aeration systems were installed as a new dissolved oxygen enhancing measure to replace the labyrinth weir in the tailrace.  Since the weir was no longer needed, it was removed from the tailrace in 2008.

The spillway was modified in 2012 to accommodate Obermeyer gates allowing Georgia Power to maintain and control normal reservoir elevation of 530 more effectively.  After Obermeyer gates were installed, annual drawdown of Lake Jackson was no longer necessary.

The meetings schedule provides an opportunity for Georgia Power to engage stakeholders and the general public.

View a full version of the schedule 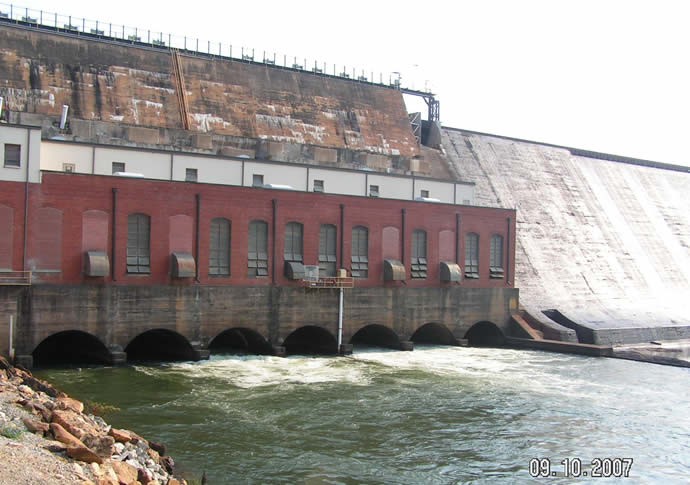